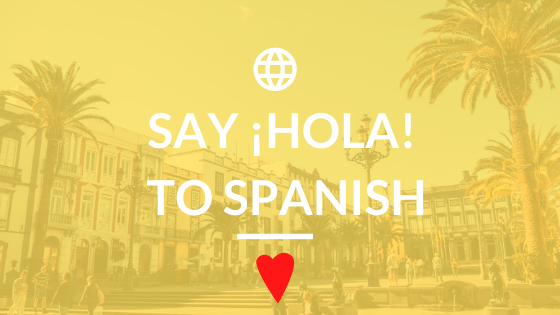 Spanish is the most widely spoken Roman language. From Spain to Puerto Rico, there are over 450 million native speakers. But how did this language become so popular?

The answer lies, as always, in history!

During pre-Roman times, the Iberian Peninsula was inhabited by several ethnic groups. When the Roman Empire conquered the region, they imposed Latin as the official language, which started to evolve across northern and central Spain.
This only changed when the Moors conquered the region, introducing Arabic as the official mother tongue. However, after the famous Reconquista, Latin took back the reins, which led to the birth of the Castilian dialect.
When the kingdoms of Castile and Leon merged with Aragon, Castilian became the official language of all of Spain.
A few years later, the Spanish colonialism brought the language to the America, where it is still spoken today. In spite of that, it is very perceptible that the Spanish spoken across America is significantly different from the one spoken in Europe. These differences are mainly due to the influence of the native languages of each territory (such as Quechua or Guaraní).

Spanish is known all over the globe as a very charismatic – and undoubtedly useful – language. Here are some of the reasons that make it so unique:

● In Spanish, exclamations and questions need to begin with an opening exclamation mark (¡) or question mark (¿). This punctuation style doesn’t exist in any other language.
● Apart from Latin, Arabic is the largest contributor to modern Spanish. Nowadays, there are approximately 4000 Spanish words that derive from Arabic. Some examples? Almohada (pillow), aceite (oil), algodón (cotton), and jarabe (syrup).

● Funny fact: Spanish has many unique words that can’t be translated in other languages, like empalagar (which means: too sugary for your tastebuds to handle) or pavonearse (strutting around like a peacock, showing off).
● Many people don’t know this but Mexico is the largest Spanish-speaking country in the world, with over 120 million native speakers. Now guess the second-largest one? No, it’s not Spain… it’s the US1.

The importance of Spanish in the world

There are many Spanish speaking countries in the world. Spanish is the official language in 21 countries across Europe, Africa, Central, South, and North America, which makes it the 2nd most-spoken language in the world. Besides that, Spanish is also the 3rd most-used language on the Internet2 (it has risen by an incredible 800% in recent years), which testifies its importance on today’s – and tomorrow’s – global marketplace. If your business is connected to any Spanish-speaking country, learning the language could make a huge impact, especially considering that most people in South America don’t speak English fluently. Besides that, understanding the particularities of every business culture is also very important in order to succeed. For instance, opening a meeting with small talk and humor can be very appreciated in Latin America, while in Spain, it is crucial to be hospitable and organize social gatherings before conducting negotiations.

If you’re planning on learning español, there are a few challenges you should be prepared for, especially if you don’t know any other Roman language. The grammatical gender, for instance, is one of the most difficult things about Spanish, just like verb conjugations (with the Subjunctive Tense at the top of the list). Besides that, placing accents on Spanish vowels can also be tricky at first (note that creo and creó are totally different words).
But here’s a good dose of motivation: Spanish is a phonetic language, which means that its words are written as they are pronounced. So, when it comes to spelling and speaking, it is fairly simple to learn. ¡Olé!

At Language Advantage we use a client-centered learning methodology.

All our Language programs are highly flexible and focused on meeting the needs of each individual client. Our language assessments, programs, and teaching methodology are tailored to each client or group class. We are currently working in three main sectors: Law Firms, Mining, and Financial Institutions, but we also help clients in other sectors. Every time we work with a new client we are also learning. We try to get as much information as possible about the company, everyone’s role and learning objectives. It is in fact a team effort. My experienced instructors and I are here to guide you through this process! Let’s start!

Learning Spanish has been a great help in my work, helping me communicate onsite in Spanish-speaking countries (e.g., Colombia, Chile, and Spain last year) both professionally and socially. I feel confident socializing and eating out, particularly in Andalucía where the accent can be difficult. I enjoy applying what I have learnt and using it to learn more. Cony (Language Advantage) has given me the confidence, structure, and foundation that I can build on, catching my small mistakes and helping particularly with verb tenses.