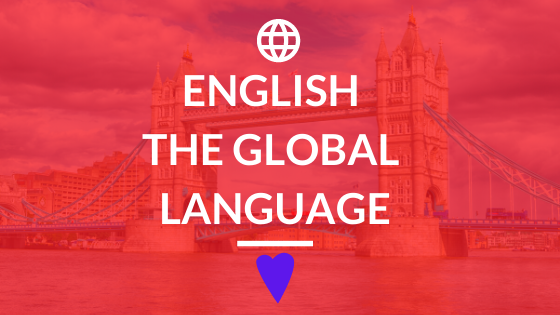 English is, unquestionably, the world’s most popular and influential language. From music to movies, we are all used to hearing English practically every day. But what’s the history behind such popularity? Let’s find out!

It all started with three Germanic tribes who invaded Britain during the 5th century AD: the Angles, the Saxons, and the Jutes. At that time, people in the territory spoke Celtic, but, as the invaders advanced, the native tribes were pushed west and north, along with their mother-tongue. Gradually, the rest of the territory started to speak Old English, which is known as the earliest historical form of the language.

In 1066, when Normandy invaded Britain, French became quite influential, yet, English managed to survive and adapt.

Decades later, the Anglo-French war watered down the Norman influence, and English became, once again, the official language of the country.

In the 14th century, it evolved into a flexible and modern language, just in time for William Shakespeare and his first play, The Taming of the Shrew.

Two centuries later, thanks to the power of the British Empire, English reached all corners of the earth, spreading from North America to India. As a result, there are, nowadays, many varieties of English in the world, such as British English, American English, Canadian English and Australian English.

20% of the world’s population speaks English. But not many people know these interesting facts about this Anglo-Frisian language:

-We have already mentioned William Shakespeare, but here’s a little known fact: in his writings, he added over 1,000 words to the English language. Some of his notorious contributions? Addiction, cold-blooded, and bedazzled.

-Even so, writing poetry in English isn’t that easy! It may be hard to believe, but English has a lot of words that don’t rhyme with anything, such as orange, wolf, silver, and dangerous.

-The English vocabulary comprises over 1 million words. But it doesn’t stop there: each year, around 4,000 new words are added, just like lol, which integrated the Oxford English Dictionary in 2011.

-In the old days, English wasn’t particularly easy to learn. In fact, it even used to have grammatical gender! This only ended during the Middle English period, around the 11th century.

The importance of English in the world

Well, what is there to say? English is the international common tongue. Nowadays, 67 countries have English as their official language, while 27 countries recognize it as their second official language. So, regardless of where you want to travel or make business, it’s very likely that you’ll end up communicating in English. But the wonders of Shakespeare’s language don’t end here! English is the most-used language online, with over 1 billion users, and it is also considered the “global business language”, absolutely indispensable for trade, commerce, and e-commerce. We can even say that nowadays, it is virtually impossible to expand a business without speaking English.

Learning English isn’t exactly difficult, but there’s no denying that you should be prepared for a couple of challenges. Pronunciation is one of them. Unlike Spanish or Italian, English is not a phonetic language, which means that words aren’t pronounced the way they’re spelled (for instance, I will read the book this afternoon and I read the book yesterday are spelled the same way but pronounced differently). Furthermore, it can also be quite challenging to juggle verbs, adjectives, and pronouns in the right order, or to spell and distinguish some intricate words, like though, through and thorough.

How do we teach it at LA?

All our Language programs are highly flexible and focused on meeting the needs of each individual client. Our language assessments, programs, and teaching methodology are tailored to each client or group class. We are currently working in three main sectors: Law Firms, Mining, and Financial Institutions, but we also help clients in other sectors. Every time we work with a new client we are also learning. We try to get as much information as possible about the company, everyone’s role and learning objectives. It is in fact a team effort. My experienced instructors and I are here to guide you through this process! Let’s start!