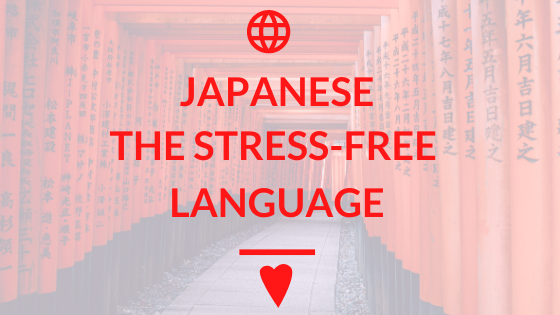 Japan is a unique country. It balances a rare combination of traditional and modern practices, which makes it one of the most intriguing and captivating cultures. No one is indifferent to the beauties of the Land of the Rising Sun, but not many people know the origin of one of its most alluring characteristics: the Japanese language.

As a matter of fact, there is no record of its early instances. While the hypothesis relating Japanese to the Altaic family, particularly Korean, is one of the strongest, most people agree that it doesn’t seem to be rooted in any other world language.

Before Chinese characters were imported, the Japanese language did not even have a script, which makes it more difficult to track its origins.

In any case, it is established that modern Japanese arose between 1603 and 1868 when Edo (now beloved Tokyo) started to develop as the country’s most influential city. In this period, loanwords from European languages increased significantly, shaping the language into what we recognize today.

Regarding the Japanese writing system, which is rooted in Chinese, we can state that, nowadays, it uses a combination of logographic kanji and syllabic kana. The fact that almost all written Japanese sentences contain a mixture of these characters is one of the things that make this language so special… and complex!

While its roots are difficult to determine, Japanese beauty and value make it one of the languages that everyone wants to learn. These are some of the characteristics that make it so unique:

-Japanese contains a vast amount of loanwords from other languages. Examples? パン (“pan”, bread), that comes from Portuguese pão, アパート (apāto, apartment), that has an English root, and アンニュイ (annyui, boredom), that comes from French

-Politeness is part of Japanese grammar. It features dozens of honorifics, which are suffixes added to words to convey varying degrees of familiarity, status, and respect. These suffixes are generally used for children, teachers, guests, and elders.

-Japanese is one of the most fast-paced spoken languages in the world, beating Spanish and French. As some studies suggest, Japanese has a spoken syllable rate of nearly eight syllables per second, while English, for example, has six. But on the other hand, to our great astonishment, it also has the lowest amount of information density per second.

-It’s not clear what the earliest Japanese people called themselves or their land, but it certainly wasn’t Japan! In fact, even nowadays, natives refer to their country as Nippon (にっぽん) or Nihon (にほん), which means the sun’s origin. The word Japan is simply an exonym.

-Japanese is not a tonal language and lacks stressed syllables we are used to in English for instance. The syllables in Japanese words have equal length and volume but the difference in pitch can give words with the same sound a different meaning.

The importance of Japanese in the world

As the Asian economy rises, learning Japanese can significantly boost your professional value. Considering that Japan is a prosperous country with an immensely diverse economy, speaking the national language enables you to establish thriving business connections. Besides, learning Japanese also means learning a new and fascinating culture. This is a great asset to have, especially if you are trying to gain the trust of potential clients and partners. Remember: language and culture go hand-in-hand, and you can’t fully obtain someone’s trust, especially in the Asian market, if you don’t show respect and understanding of their traditions. As such, it is also good to keep in mind that speaking Japanese can help you access other markets (like the Philippines, China, Taiwan, and Korea), where many people speak it as a second language.

Japanese can be a tough language to learn. Its writing system, which has three structures, is quite challenging (we are talking about tens of thousands of characters!), and the Politeness System, known as Keigo, can take you long weeks to understand. And it doesn’t end there. While Japanese pronunciation is not that difficult, it will be tremendously hard to speak as fast as natives do. Remember: the average Japanese speaks about 8 syllables per second!

This might sound discouraging, but don’t despair! Although Japanese is known for being one of the toughest languages in the world, it has specific characteristics that make it a bit easier to learn. For example, it has no gender, unlike Spanish or Italian, and verbs have quite simple conjugations.

But even with basic grammar, Japanese still is a difficult language to master, which is why it is essential to count with the guidance of a skilled and native instructor to learn it. At Language Advantage, we designed a unique method to teach challenging languages, which combines, among other things, the use of visual aids, social interactions, and cultural education. We want our students to feel as confident as possible with the Japanese language and culture, while also having fun and feeling stimulated.

All our Language programs are highly flexible and focused on meeting the needs of each client. Our language assessments, programs, and teaching methodology are tailored to each client or group class. We are currently working in three main sectors: Law Firms, Mining, and Financial Institutions, but we also help clients in other industries. Every time we work with a new client, we are also learning. We try to get as much information as possible about the company, everyone’s role, and learning objectives. It is, in fact, a team effort. My experienced instructors and I are here to guide you through the process! Let’s start!

How Long Does It Take to Learn a Foreign Language?