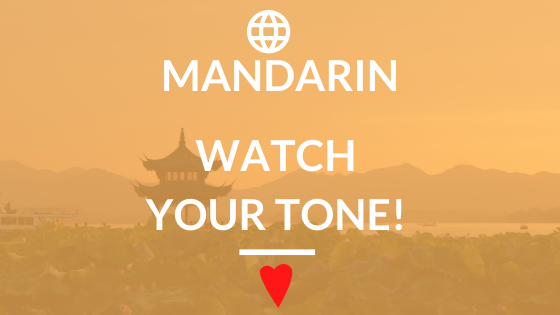 Mandarin is, unquestionably, a very challenging language. Yet, many believe that it will eventually overtake English and become the world’s most influential language.

Theory or fact, it is always interesting to understand its history:

Mandarin is the most widely spoken language in China, followed by Min, Wu, Yue and Jin. According to history, it started to develop in the 10th and 11th centuries in the northern regions as a direct descendent of Archaic Chinese, the common language during the Zhou Dynasty. In the beginning, its characters were mere pictographs (graphic representations of real objects), but shortly became more stylized and capable of representing complex ideas. Simultaneously, the dialect evolved, becoming increasingly popular across the eastern and southwestern regions. During the Ming Dynasty, it finally emerged as the language of the ruling class and got established as the official language of the court. In 1911, after Dr. Sun Yat Sen overthrew the Qing Dynasty, it became China’s official mother-tongue.

Mandarin, the fastest growing language in the world, is absolutely fascinating. Here’s a short list of facts that will blow your mind:

-Up until 1955, Mandarin was written in vertical columns that were read from top to bottom and right-to-left. Only very recently the written language became “westernized”.

-The four tones of Mandarin are widely known, but many consider that there’s also a fifth tone, known as the neutral tone, mainly used on weak syllables. In practice, it is similar to the fourth tone, just slightly softer and shorter.

-Here’s a very intriguing fact: researchers from Peking University have found that Mandarin “takes more brainpower” than most languages. For instance, while English speakers only use the left side of the brain to understand their language, Mandarin speakers use both sides. The explanation, according to the study, is related to how the brain processes the tones.

-In reality, China’s official language is called Putonghua. Mandarin is the western name that was given to the Imperial Court officials by the Portuguese in the 16th century.

The importance of Mandarin in the world

With over 1.2 billion native speakers in China, Hong Kong, Macau, Taiwan, and more, Mandarin is becoming one of the world’s most valuable languages, mainly when it comes to doing business. As we all know, the Chinese economy has seen an astronomical boom in recent years, which makes it an unmissable destination for every company that wishes to expand. Whether you are in the field of pharmaceuticals, IT, or retail, China is a powerful role-player that you can’t ignore. In fact, by learning Mandarin you unlock the potential to negotiate with over 15% of the world’s total population. And if you need more motivation, keep this in mind: learning Mandarin will also allow you to get familiar with the Chinese culture, which has over 5,000 years of history! This is something that will enrich both your personal and professional life while giving you a whole new understanding of the world!

Here’s the irrefutable truth: Mandarin is a very challenging language for foreigners to learn. First, you have to learn the characters, which are considerably hard to understand and write. While English uses 26 alphabetical letters, you’ll need to dominate at least 8,000 characters to read a conventional book in Mandarin. But it doesn’t end here. You will also need to master the four common tones, which are essential to differentiate words, along with an infinite list of homonyms. The good news is that Mandarin grammar and syntax isn’t particularly difficult. For instance, you won’t have to worry about verb tenses or plurals, as they don’t exist!

In any case, regardless of how confident you feel about this language, you can’t minimize the importance of having an expert and native teacher to guide you through the learning journey. To communicate efficiently in Mandarin, you’ll also need to understand the Chinese traditions. Culture is a crucial concept in language teaching, which is why it is essential to also have assistance in this matter. At Language Advantage we developed a special methodology to teach challenging languages such as Mandarin, which includes the use of visual aids and many social activities.

Our goal is to allow our students to interact in real-life situations, receive constant feedback, and, most importantly, feel supported and motivated throughout the whole program.

How do we teach it at LA?

All our Language programs are highly flexible and focused on meeting the needs of each client. Our language assessments, programs, and teaching methodology are tailored to each client or group class. We are currently working in three main sectors: Law Firms, Mining, and Financial Institutions, but we also help clients in other sectors. Every time we work with a new client we are also learning. We try to get as much information as possible about the company, everyone’s role and learning objectives. It is, in fact, a team effort. My experienced instructors and I are here to guide you through the process! Let’s start!

How Long Does It Take to Learn A Foreign Language?